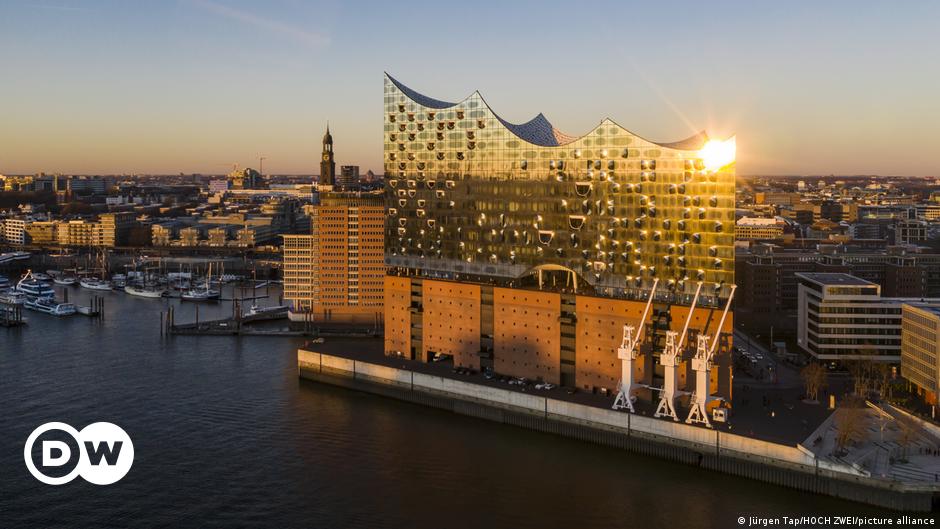 In recent months, climate activists have certainly gotten the world’s attention, whether pelting masterpieces by Van Gogh and Monet with soup or mashed potatoes, or gluing themselves to picture frames. And that’s exactly how this young generation of environmental activists has intended it to be.

The latest culture-related demonstration occurred in Hamburg’s Elbphilharmonie concert hall on the evening of November 23.

Just as the Sächsische Staatskapelle was about to begin its concert, two climate activists from Germany’s “Letzte Generation” (Last Generation) movement walked onto the stage and glued themselves to the conductor’s podium. They began calling for resistance to what they saw as the German government’s indecisive climate policy.

A video shared on the group’s Twitter feed shows the two activists wearing safety vests and coming onto the stage where they then superglued themselves to a rail of the conductor’s podium.

“Just as there is only one violin concerto by Beethoven, we have only this one planet whose boundaries we disregard so much that climate-related disasters are becoming more frequent and deadly,” one of the activists said while on stage.

They also pointed out that if water levels continue to rise, the Elbphilharmonie itself, which sits on Hamburg’s port, would be under threat.

German news agency dpa reported that the pair were detached from the railing after a short time and were taken into custody.

Not the first incident

In recent weeks, climate activists around Europe have been targeting prominent artworks to get their message about environmental protection across.

On November 21, activists poured orange paint over the US artist Charles Ray’s “Horse and Rider” statue in Paris. They placed a shirt on the rider which read “We have 858 days left,” which refers to the three-year time limit for reducing CO2 emissions.

Earlier this month, two climate activists poured oil over a Gustav Klimt painting “Death and Life” (1908-15) at the Leopold Museum in Vienna. One glued his hand to the picture’s frame in protest.

Such methods which make use of art as their medium are indeed gaining global attention.

German art magazine Monopol included the climate activists in its annual list of the 100 actors it judges to be most important in the contemporary art world, listing them in the 19th position.

Monopol said it did not always agree with their tactics but concluded that the activists “emphasize the value of art for society.”

Ranking first in the list is art activist Nan Goldin, while the Indonesian art collective Ruangrupa, which curated the controversial 2022 Documenta art show, is placed in second position.

To view this video please enable JavaScript, and consider upgrading to a web browser that supports HTML5 video