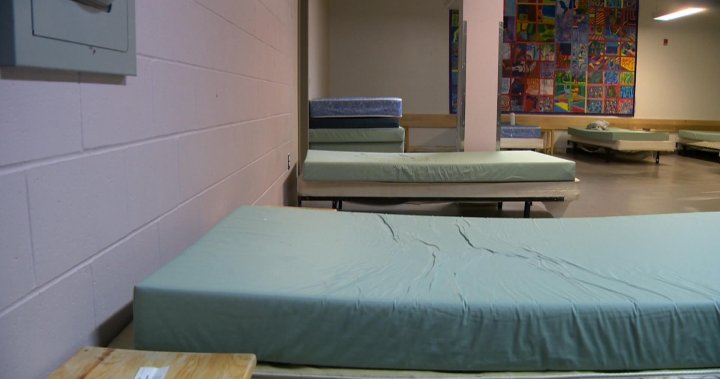 A new emergency shelter for men is opening up in downtown Dartmouth this winter, providing 20 beds for evening and overnight stays.

The funding will come from the Nova Scotia government, and the shelter will be located at Christ Church at 61 Dundas St., the province said in a release on Thursday.

“We know this shelter will be critical for people experiencing homelessness during the winter months,” said Karla MacFarlane, Minister of Community Services, in a statement.

902 Man Up, a non-profit volunteer organization, will provide staffing and support services at the shelter.

More unhoused people than ever 1 year after Halifax encampment evictions

The province noted that in response to concerns raised during community consultation, the shelter will have perimeter security, set closing hours that “meet the needs of the community” and provide contact information for so that concerns can be addressed.

Christ Church is also home to a community fridge, which opened in May of this year in response to a growing need in the community. It is stocked with donated food items, and is accessible to anyone who needs it.

At the time it was created, volunteers said the fridge was already well used.

According to data from the Affordable Housing Association of Nova Scotia, there are 694 people who are actively homeless as of Nov. 22. Of those people, 519 are considered chronically homeless, which means they have been without adequate housing for six months of more. In August, that statistic was 469.

The data is based on people self-identifying at the time the intake form was filled out.


The Dartmouth shelter is in addition to the recently-announced emergency shelter on North Park Street in Halifax, which currently has 25 assigned beds and 15 emergency overnight beds.

“Day programming offering wraparound supportive services will be introduced in the coming weeks. The shelter will soon be renamed by shelter residents to reflect and support their cultural and social needs,” the province said.

That location opened as an overnight shelter on Oct. 1 and replaced the temporary shelter at the Brunswick Street Mission.